This past Monday was the International Day Of Peace. It was established in 1981 by the United Nation’s General Assembly as an opportunity for people around the world to promote the resolution of conflict and to observe a cessation of hostilities. The first Peace Day was observed a year after in 1982. Additionally, in 2001, they established September 21st as an annual day of non-violence and ceasefire.

This year is a special year, in the midst of the UN’s 70th anniversary and the 2030 agenda; the 15-year plan to achieve sustainable development. There are critiques on the efforts or lack there of from the UN to create a more peaceful world, especially in the midst of one of the worse refugee crisis since World War II but at the end of the day, having a well known organization to continue instilling hope for a peaceful world is positive in itself.

“Let’s make this International Day of Peace a day without violence, and a day of forgiveness. If, for one day, we can live in a world without aggression and hostility, we can imagine how much more is possible.” – Secretary General Ban Ki-Moon

Hostelling International, a non-profit organization that I have been involved with through various positions in the past few years, has an annual initiative in celebrating for this day- this initiative is called Sleep For Peace. It was established to recognize the important role our hostels play in sparking global conversations among diverse travelers, building friendships across borders, and promoting tolerance internally. 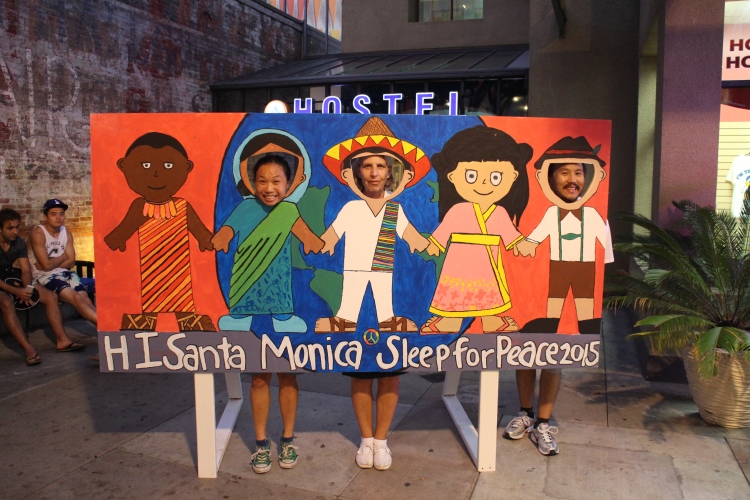 Hostels around the globe celebrated Sleep For Peace with various activities, discussions, film screenings, live events, etc. I celebrated myself with HI- Santa Monica last Saturday. We had a short film screening, a peace puzzle, some fun cut out photo ops, and ended the night with a pub crawl to continue our global conversations. 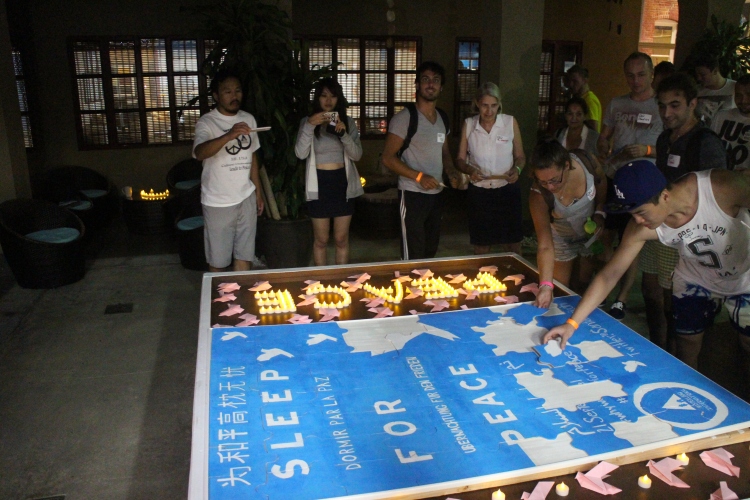 It was a wonderful night with great conversations with local community members, travelers, as well as fellow staff and volunteers. What’s really unique about this Peace day for me is that it lands on my birthday- September 21st. It gives a whole new meaning to what my birthday means and what I want it to continue to mean for future years to come. 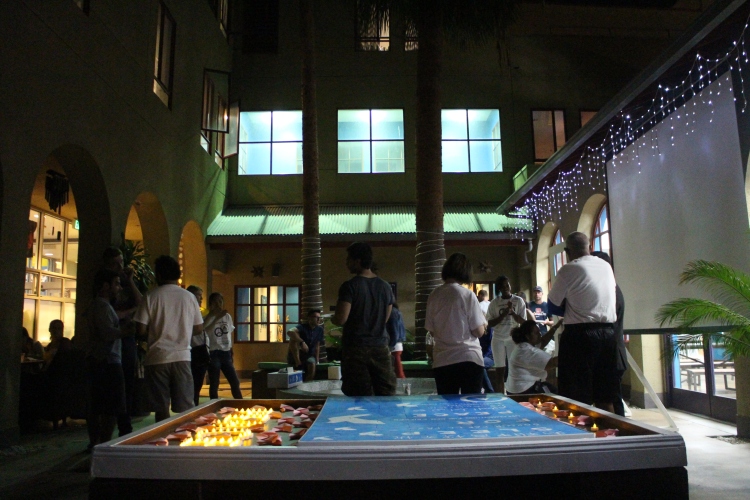 There’s no better way to have celebrated my birthday than to celebrate with fellow travelers and local community members a day of peace, to discuss what it means to be peaceful and why it’s important to continue instilling hope in our communities the possibility of a peaceful world.

Too often we read about all the wars and negativity in the world, and it’s easy to dismiss the chance for any change to happen- but yet, without some optimism, and people out there who continuously strives and believes for a better world- we most definitely will not have the chance for change.

So who do you choose to be? Will you be the pessimistic barrier-of-bad-news friend? Or will you be the optimistic sometimes-too-hopeful-but-positive friend?