“Let’s all go to NYC together!”
“We better book it tonight if we want to or else we’ll never do it.”
“Okay lets do it.”
(30 minutes later, the bus ticket is booked!)

My friends and I decided to go to New York on a whim for a quick one night getaway. Unfortunately, three of us booked the tickets but only two of us could go. Early Friday morning last week, we got on a 6 AM bus to New York. We didn’t have much planned, we simply wanted to walk around, perhaps sight see a bit and spend time in fellowship with each other. We ended up doing exactly that, and more.

We ate at the Peanut Butter Sandwich Company for a late lunch as soon as we got settled into the hostel. I ordered a sandwich with cinnamon raison peanut butter, honey, banana and the cherry on the cake: bacon. It was one of the heaviest but greatest sandwich I’ve had. I wouldn’t eat there on a daily basis but it was worth the visit. 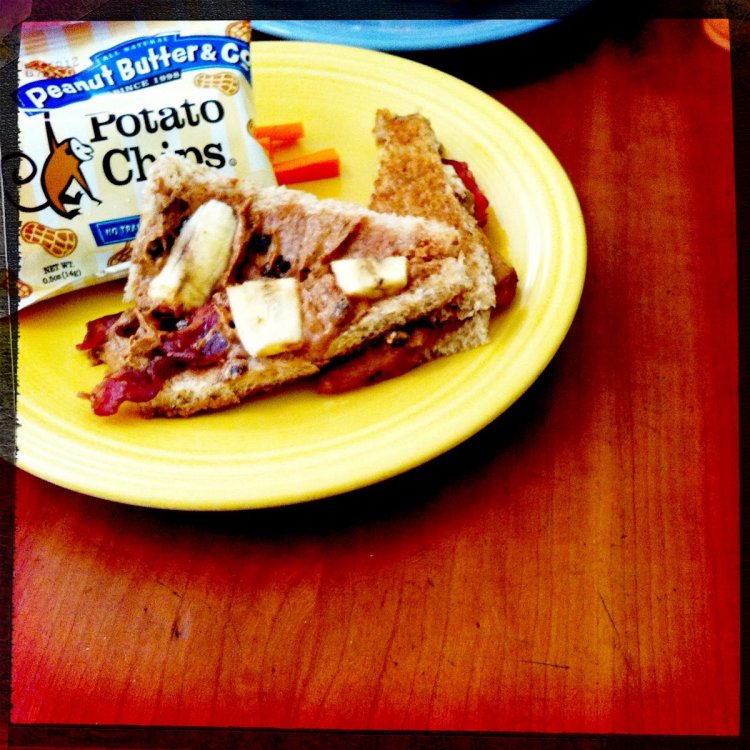 I’m not a big shopping fanatic but I did enjoy the few hours of shopping that followed lunch. I bought two dresses and some accessories from Forever 21, plus a jacket from Uniqlo. For those who know me, you’ll know that’s a big deal… the dresses of course. We then proceded to Central Park for a stroll which ended up being a fun-but-frustrating tour of the forrest. Another friend had once warned me not to wander in Central Park but clearly my mind had decided not to accumulate that piece of information. About an hour after we stepped foot into the park, we finally saw a clear path to an exit- and we were pretty darn happy. It was dinner time and had gotten cold by then. 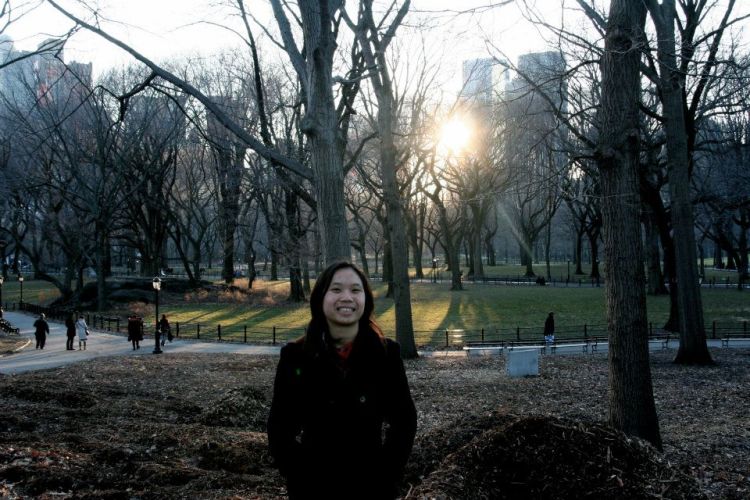 We had a nice date at an Italian restaurant by our hostel for dinner that night and was pretty tired by the time we got back. With a nap in mind, we sat in the lounge to rest up- we ended up watching Tropic Thunder- always a good choice. The events that happened for the rest of the day could be said to be one of the most memorable times since I’ve been in the United States.

I got in touch with a friend who is a model in New York and he had invited me to a party with free vodka all night. Unfortunately, he could not make it himself to the party but he had mentioned to the host of the table in the club that my friend and I would be dropping by. This is what I was told me to do:

“…All you have to do is walk past line and tell the door guy/girl that you’re here with Frankie. When you get in look for the tatted up dude with a bandana, he’s like 70 feet tall and super sweet.”

How would you react if you were in my position? I had never partied in NYC before and obviously I did not know anyone that was going to be at this club. But hey- I was only going to be there for a night and if I had stayed in and slept early at the hostel, I probably would’ve never forgiven myself. We made our way to the club just before midnight only to see the huge line at the door. My nervousness had kicked in full gear by now and I refused to be THAT person to skip the line and go to the bouncer so I simply waited in line- until my friend said “hey look, I think that’s Frankie… he has a bandana on.”

A few seconds later, I pulled up the courage to go talk to him. After all, my friends know me as one of the most outgoing human beings out there. Randy was right, he was super sweet. After that, it was pretty much smooth sailing My friend and I were exhausted but as soon as we stepped into the club, found Frankie’s table, got a drink and looked around- a burst of excitement and energy hit us. Everyone around us were models, tall, gorgeous and clearly knew each other already. We stood there in awkwardness as we whispered to each other about the hotness of everyone else in the club and how out of place we were.

Give it maybe 30 minutes, maybe it was shorter but it sure felt like an hour- we were finally socializing. We were drinking, dancing, and talking to models all at the cost of zero. The rest of that night, or should I say morning, went by very quickly. We didn’t get to sleep until about 6 or 7 in the morning, and had to wake up an hour or two later.

I walked around New York for the rest of that day in exhaustion but with a big smile on my face knowing that I’ve made the most out of my trip in NY, made new friends and once again created a story in my life that I’ll never forget- and hopefully, won’t be my last experience of the sort. So thank you to all those who made those 30 hours a memorable one.

I think you’ll believe me when I say, I fell asleep that late afternoon as soon as Megabus pulled off the station in New York and woke up as the bus was pulling into South Station in Boston. It was the greatest sleep and the smoothest bus ride I’ve ever riden.